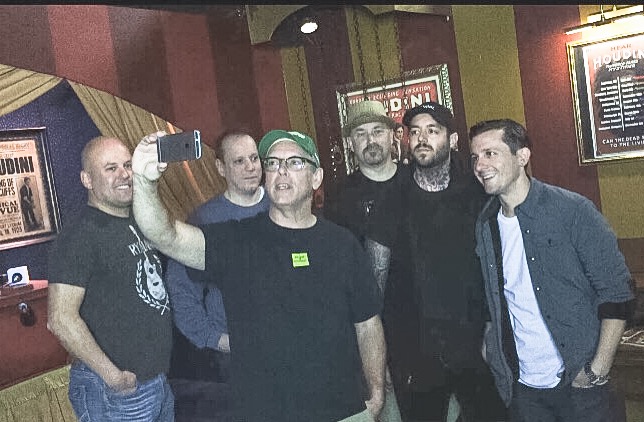 We had an awesome time at the new escape room, The Imaginarium, in Harmarville! You know it has to be a fantastic experience when Bricolage and ScareHouse are involved in designing something together. It’s not scary at all! Jeff and Rod, some of the creative team join us in the Magician’s Room. And, where else would we interview Pittsburgh’s favorite magician, Lee Terbosic? He’s going to suspend himself above Wood Street and Liberty Avenue in downtown Pittsburgh to celebrate a very “Pittsburgh” anniversary of Harry Houdini. Then, Black Craft Spirits guy, and Washington County native, Bobby Schubenski talks about whiskey, being a reality TV star and changing diapers. 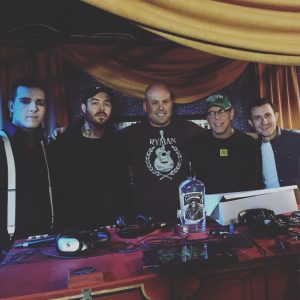 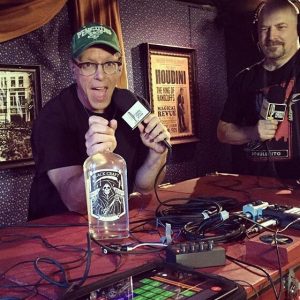 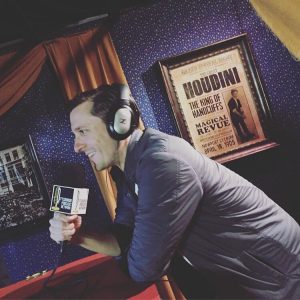 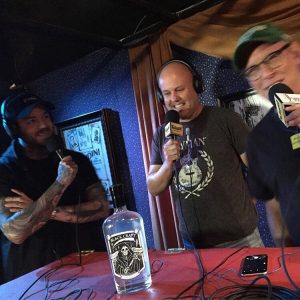 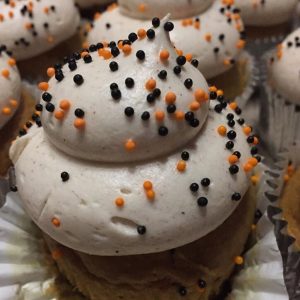 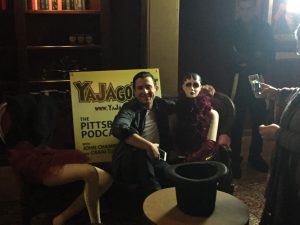 01:04 We all had a late night so… (we were on the Pink Carpet of the David Alan Fashion Show – which raised over $14K for the cancer treatment and research – the night before recording this podcast).

04:34 Jeff Carpenter and Rod Scwhartz talk about the The Imaginarium. It’s a cooperative venture escape room between some of Pittsburgh’s most creative brains, including The Bricolage Theater and The ScareHouse. You have one hour to solve the escape path in this totally submersive experience.

11:47 Bobby Schubenski left his Washington County home for at age 17 to play music. Today, he runs Black Craft Spirits worldwide, with his fiancé Rosa Mendes, he’s a reality TV star on the WWE Total Divas show and he’s crushin’ it as a new dad! Thanks to Bobby and Black Craft for sponsoring this episode.

22:09 Magician Lee Terbosic is about to do something totally awesome. He’s going to suspend himself more than 80 feet above the intersection of Liberty and Wood Streets, November 6th, and escape from a strait jacket! He will be celebrating Harry Houdini’s 100th anniversary. Harry did the same escape in the same place 100 years ago to the day!

36:41 Big thanks to Cathy from Frosted Envy for making pumpkin spice cupcakes for all of us! Seriously… we did not dunk them in the Black Craft Whiskey but, we could have! They made for a great breakfast!