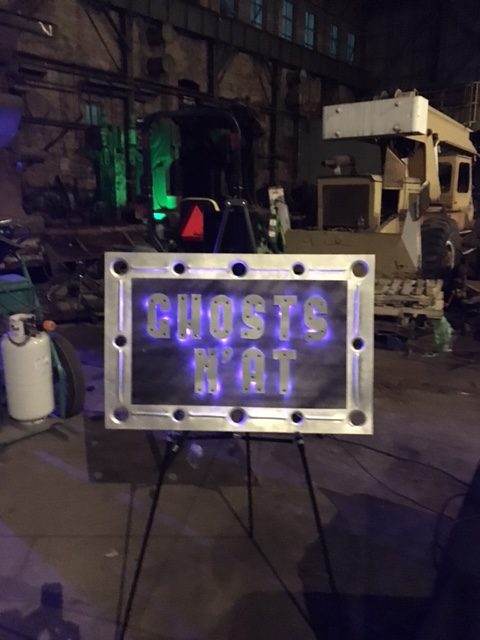 On Saturday, October 1, the members of YaJagoff were invited to go on a ghost hunt with the paranormal group, Ghosts N’At. Obviously they are from the Pittsburgh area. Since everybody else here had an excuse…I think they’re afraid of ghosts, I was forced to put together a motley crew. Actually it was my wife Chrissie and my nephew Aaron. I guess I shouldn’t call them motley, especially my wife, which could cause some tension around the house.

Ghosts N’At was created in 2014 by Brett McGinnis and TJ Porfeli. Both are members of Western Pennsylvania Paranormal Hunters. They started the group because of the number of people that would like to go on a ghost hunt. What they offer is not a guided tour but a chance to investigate for paranormal activity along with members of their group.

We met up with TJ at Carrie Blast Furnace. He explained to me they had been here dozens of times and there was usually a lot of activity. In case you don’t know, a blast furnace is used to produce iron by turning iron ore, coal and limestone into liquid iron. The temperature at the core of the blast furnace reaches 3,000 degrees F. For the men working there, it was one of those high paying jobs both candidates keep promising to bring back. It was also dangerous and there were more than a few fatal accidents.

The Ghosts N’At crew was kind enough to supply us with a GoPro night vision camera. It came with a back pack so that somebody could wear it as they walked around. I helped Aaron put it on and then listen to him complain how uncomfortable it was. I had to compromise and rotate with him. It really wasn’t uncomfortable. Come to think of it, maybe I did have a motley crew. 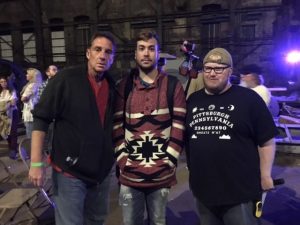 The first stop for our group was beneath the rail lines, where the Iron would be transported. If you read my first ghost hunt article, (Ghost Hunt, October 31, 2015) you know that we had activity almost immediately. Unfortunately on this night, nothing happened in this area. The investigators in the area did tell us about other nights when a lot happened here. They also had video of a shadow figure captured in this location.

Our next stop was outside of the furnaces themselves. This is where we met up with TJ. He explained the furnaces were so hot, that during a blizzard no snow would fall in this area…I need to get one of those for my driveway.

TJ began conducting an EVP session. In case you don’t know, that stands for electronic voice phenomena. You use a recording device and ask questions. When you listen back, you hope to hear some answers. He was getting responses, but we really couldn’t make out what was being said.

We then entered the control room, where the furnaces were regulated. One wall was comprised of old, dilapidated dials and gauges. TJ began to do another EVP session by provoking. He said,

“Do you mind if we play with these controls?”

It was right after that my wife said she didn’t feel right in that room and needed to leave. She later told us that she felt light-headed, like she was about to faint. As soon as she walked out of the room she was alright. When the rest of the group got outside, TJ played back the recorder. He had received an answer to his question about playing with the controls. A loud, commanding voice saying,

The rest of the night we had some other experiences. We heard something or somebody tell us their name was Richard. This was through what is known as a “spirit box,” that the team was using. When we were in the warehouse my wife started walking off on her own which I thought was brave. She later told me that she thought I was right behind her because she felt a presence and heard footsteps walking along with her.

Just because you don’t see or hear something, it doesn’t mean there’s nothing around. One of the instructions the Ghosts N’At crew tells you to do is take three photos. If they all look the same, there’s nothing there. But if one of the photos shows something different… 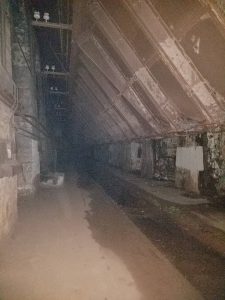 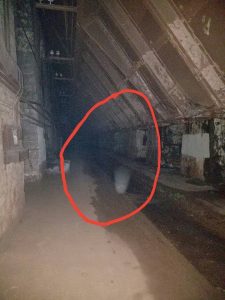 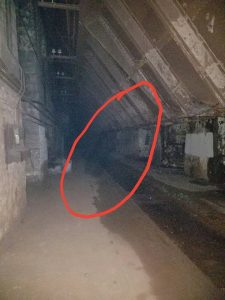 I’m hooked. Can’t wait to do it again. You should check them out. Ghosts N’At.com and on Facebook, it’s Ghosts N’At Paranormal Adventures. What are you afraid of?

The World Series is Rigged!

Down to the Wire

Bobbleheads Under the Tree