We went “Pink!” Yinzer Pink as a matter of fact. Recorded live at the “Real Men Wear Pink” party at Jerome Bettis Grille 36, we had a chance to meet Pittsburgh fashion designer to the WWE, ESPN and NFL, David Alan. His The Proper Knot invention is crushing the fashion world. Then we met 4 of the guys in the American Cancer Society’s month-long fundraiser, “Real Men Wear Pink,’ including John Bettis! Yeah… he’s the older brother of… well… you get it. And, yes… he has stories! 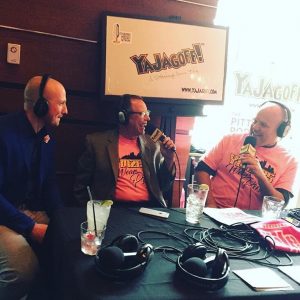 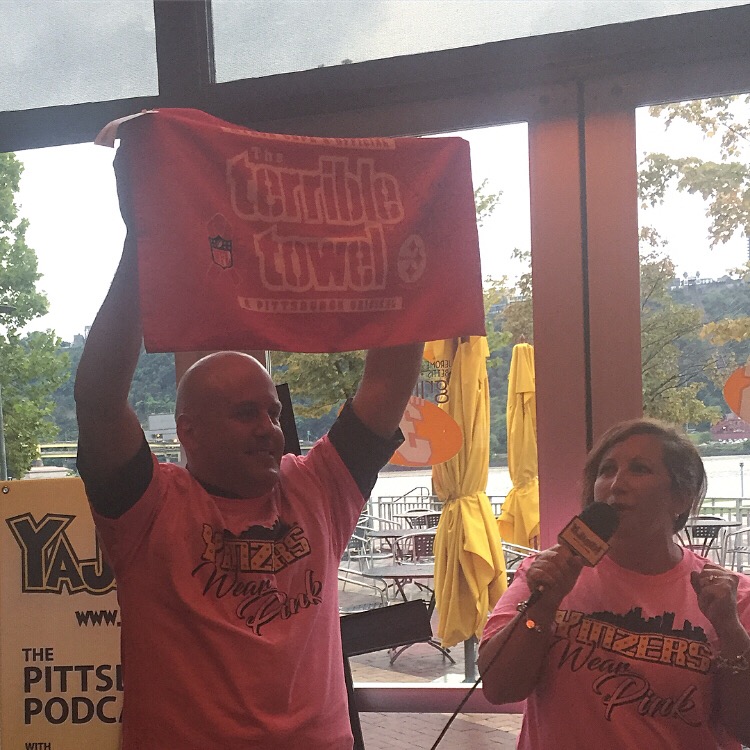 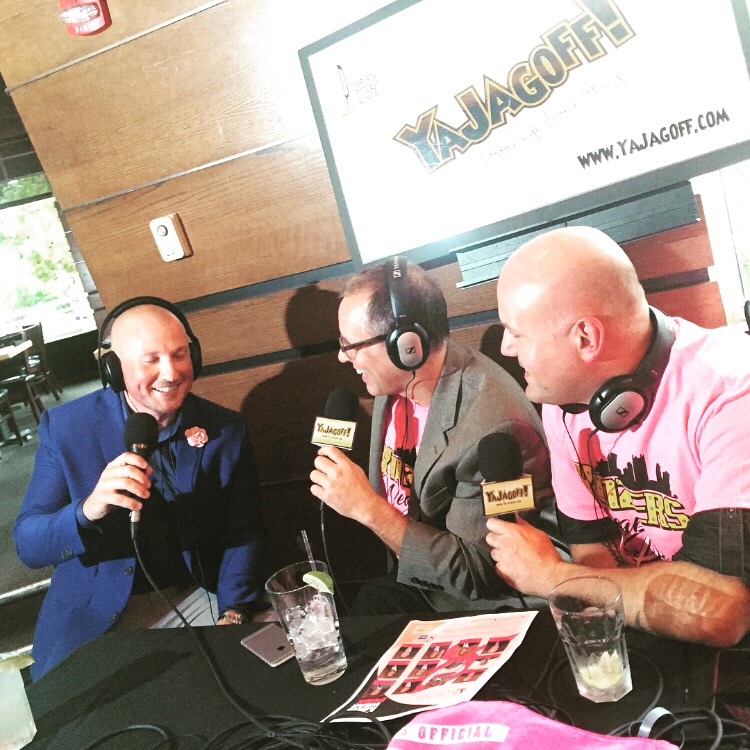 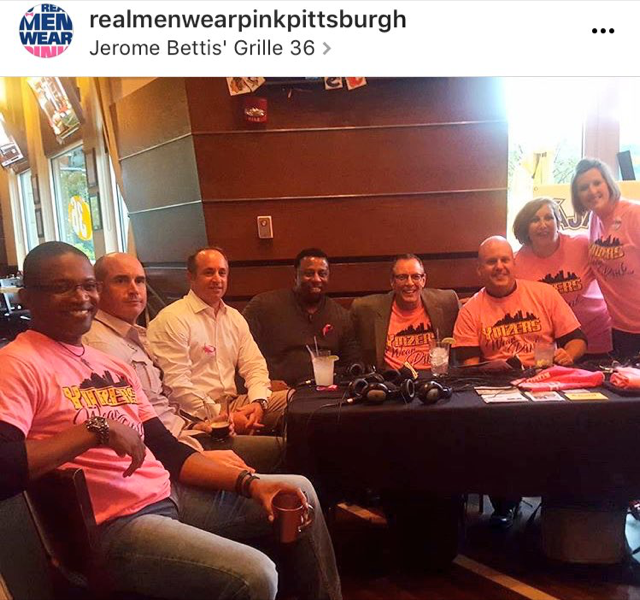 01:10 We are in pink “Yinzer” t-shirts at the Jerome Bettis Grille 36 on the North Shore. Make sure you click one of the links below to get all of the details on the American Cancer Society’s “Real Men Wear Pink” fundraisers.

04:28 Laura McCurdy, ACS rep, tell us all about the Pittsburgh version of “Real Men Wear Pink” campaign. Search for the #RealMenWearPinkPgh hashtag on social media!

10:07 David Alan, fashion designer who works with the WWE, NFL, ESPN and he only started sewing at age 27! David invented the coolest accessory for men’s ties, The Proper Knot. It’s launching nationally. His launch party is a fashion show at Room16 in Pittsburgh’s Strip District on October 14th and will be hosted by Jonathan Coachman of ESPN! Pittsburgh Steelers, WWE stars and others will be walking the pink carpet! Get tickets here.

21:56 Four of the Real Men who are wearing pink all throughout October and in competition to raise funds for the ACS: Scott Clarke, Todd McCurdy, Brian Holzer and John Bettis. They all have a story and upcoming fundraisers that you can get in on, but… can we get them into an ultimate cage match to raise big dollars? And, who does John’s Aunt like better, John or… well… you know?