So Hillary is falling over with pneumonia, overweight and 68 years old. The lunatic Trump, has a strange orange tint to him and no hairline in the back.  Probably because he is combing the hair up from his ass to cover the bald spot on his head. Do either one of these candidates sound healthy to you? I don’t think so either.

I, on the other hand, am in great shape. I’m younger than the other two and much better rested. My skin is a normal color and the hair on my head is…well, it’s the hair on my head. I believe if Trump gets elected that thing on his head will be his downfall. I can see it getting sucked up into the blade of a helicopter, twisting him around like a troll doll until his head finally pops off. You can bet the bank that video will go viral. This kind of scenario won’t happen if I’m elected.

Mentally, I’m much healthier than the other two. Hillary is getting old and forgetful and Trump is totally out of his mind. You don’t want either of them in the White House.

Now, it’s been brought to my attention that there’s a video of me being helped into a van.

It’s not because I’m having any sort of health problems. I was coming from a party and had too much to drink. So I don’t have a health problem, it’s a drinking problem. Nothing to worry about.

Since the other candidates have released their health records, I suppose I should do the same.

Here’s the receipt from my flu shot,

Also, here’s a scan from my recent colonoscopy 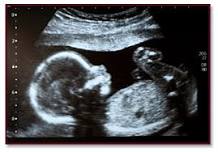 So, as you can see, I’m in perfect health. Vote for me, I’m not the other two!

The Colonel is Dead