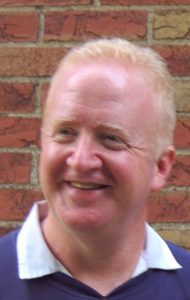 Feel free to leave some comments for him.

I am the last person who should be writing an article about politics because I know nothing about politics. In fact, on election day I just look at the sign in my neighbor’s yard and I vote for that guy. This year I voted for Howard Hanna. He was on the Hanna/Barbera ticket. He was running against Keller Williams. The winner is a member of the house.

Pittsburgh politics confuse me because we have a mayor named Peduto. Peduto? What kind of name is that? I thought that meant that your headlight was out. If you vote for Peduto, you should get a punch in the arm.

But Pittsburgh politics are not the issue right now. Right now we have a national election for president that is so scary I’m surprised that it’s not being directed by Wes Craven. I could Scream. Clinton vs. Trump is similar to Jason vs. Freddy.

Seriously, I saw more likable characters in the Suicide Squad. Voting in this election makes me crave a cigarette and I don’t smoke. I think Bill Cosby is still more admired nationally than these two. In fact, I know people who won’t play cards anymore because they can’t stand to say the word Trump.

This year, how can one write political jokes when both candidates are political jokes? I’m convinced that no one is actually voting for either candidate. People are just voting against the other one. I liken this election to watching a Ravens vs. Patriots game. I keep trying to figure out a way that they could both lose.

Then, it dawned on me. Let the chips fall where they may, wait for the voting to end, let one of them declare victory, then have Roger Goodell suspend the winner for four years. Follow that up by letting Mike Tomlin run the country regardless of weather he wants to or not.

I’ve never met either candidate and I hope I never do, but if I do, I think I’ll be required to say “I didn’t vote for you. Ya Jagoff!!”