Another year just went flying by. I know it’s not the end of the year. I wasn’t confused by Christmas in July and think its New Year’s in August. I’m not senile. I don’t think I am anyway, although we’ll get to that in a moment. I’m talking about my time on this earth. A birthday looms on the horizon. I will be leaving an age I don’t want to be to advance to an age I really don’t want to be.

It’s all downhill once you hit about thirty-five, so I‘ve been on the declining slope for a while now. I’ve never really thought about getting old. I don’t have a bucket list or anything. What’s the deal with those anyway? People get older and start making lists of all the things they want to do before they leave this world. Some actually try to hasten death by taking up dangerous activities like sky-diving or running with the bulls. I don’t need the internet buzzing with a story about the stupid way that I died.

There are enough dumb ways to kill yourself if that’s what you’re looking for. One recent example was the guy lighting fireworks from his head on the fourth of July. I know it’s soon, it wasn’t even a month ago, but still. My sympathy to his family and all but why would anybody think this was a good idea? Maybe it wasn’t explained to him correctly. I’m sure the family will have a lawsuit against the fireworks manufacturer for not giving proper warning.

“Do not place explosive mortar on head when lighting.”

I mean, you would think that was a given but…

After racing over to see my doctor, he assured me that I hadn’t lost the ability to distinguish between the past and present. There is in fact a movie called “Vacation” playing right now. What a relief. I thought for sure my mind was gone. It turns out it’s just that Hollywood can’t come up with an original idea and keeps remaking the same crap.

“You see, there’s nothing wrong with you.”

“Yeah, ok I’m fine for now but it’s just a matter of time. Who knows what the future brings? It could happen next week or next year. 2016 is an election year. That could throw anybody off the deep end! What if that’s when I no longer know where I am? I could be walking around living in the past. I could think it’s 1992 and the Presidential candidates are Bush and Clinton!”

The doctor pulled out his prescription pad.

So now I don’t care if I’m getting older. I don’t care what’s at the movies or who is President. I’m not worried about dying or some stupid bucket list. I’m in my happy place. 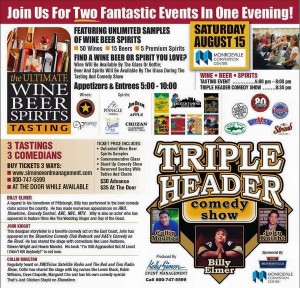