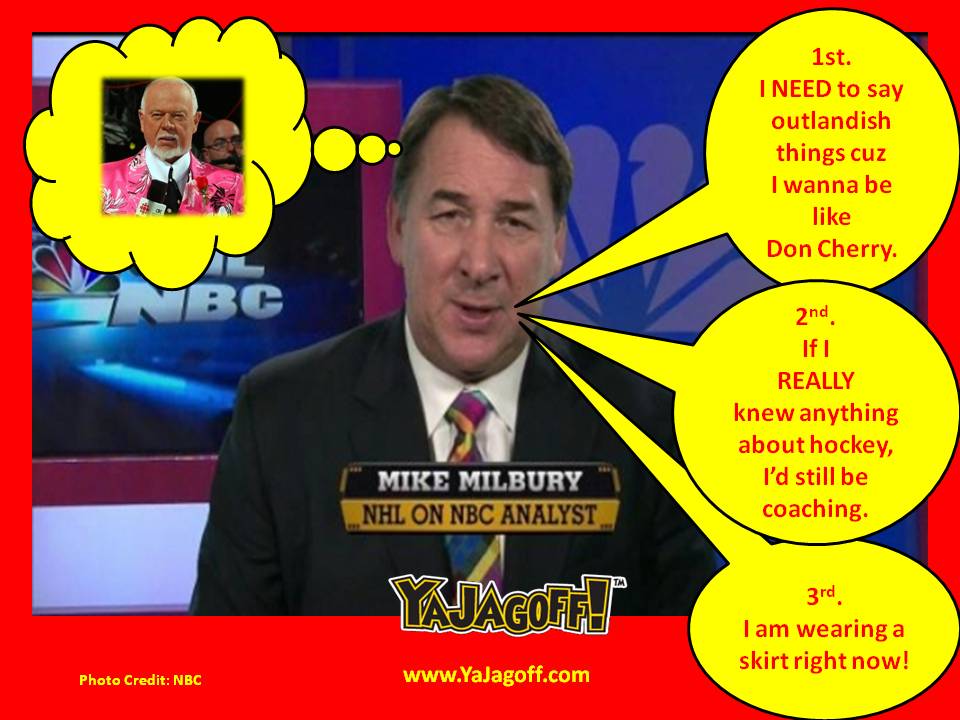 Well….. whodda thunk?  The Penguins go up 2-0 in the early first period against Philly.  Somehow or another the game goes upside down and we are down 4-2.  Then, in between fights and penalties, the Pens draw within 1 goal with almost no time and then tie it with even LESS time.

Then suddenly, with even less-less time, the Flyers take the lead again while Pens goalie RB is taking swimming lessons on the blue paint in front of the net.  With the Penguins standing around him, it looked like a postcard for the Pittsburgh Zoo, PPG Aquarium exhibit!!!!!!!!!!!

But this isn’t a sports blog and we are not about to call out the beloved Penguins so early in this Jagoff-of-a-half season.  So we turned our pent up anger toward an easy target, almost as easy as Cris Collinsworth, unemployed hockey coach/administrator turned NBC NHL announcer, Mike “I wanna be outrageous like Canada’s Don Cherry” Milbury.

So let’s get at him while I’m still ticked…

It’s well known that Mike Milbury, as a hockey coach/administrator was a total failure.  His NHL reporting, is about the same but he continues to get paid and now seems to be carving himself a circus-personality like Hockey Night In Canada’s infamous Don Cherry.

Hey Mike DINGLEbury, keep up the good work.  With the kind of credibility you’re building, you might soon be promoted to selling balloon-busting-darts with a traveling carny group, “3 darts for a buck!”  In the meantime, since you seem to idolize Canada’s outlandish Don Cherry, we thought we should re-post our Draw Something  work to HELP your image. 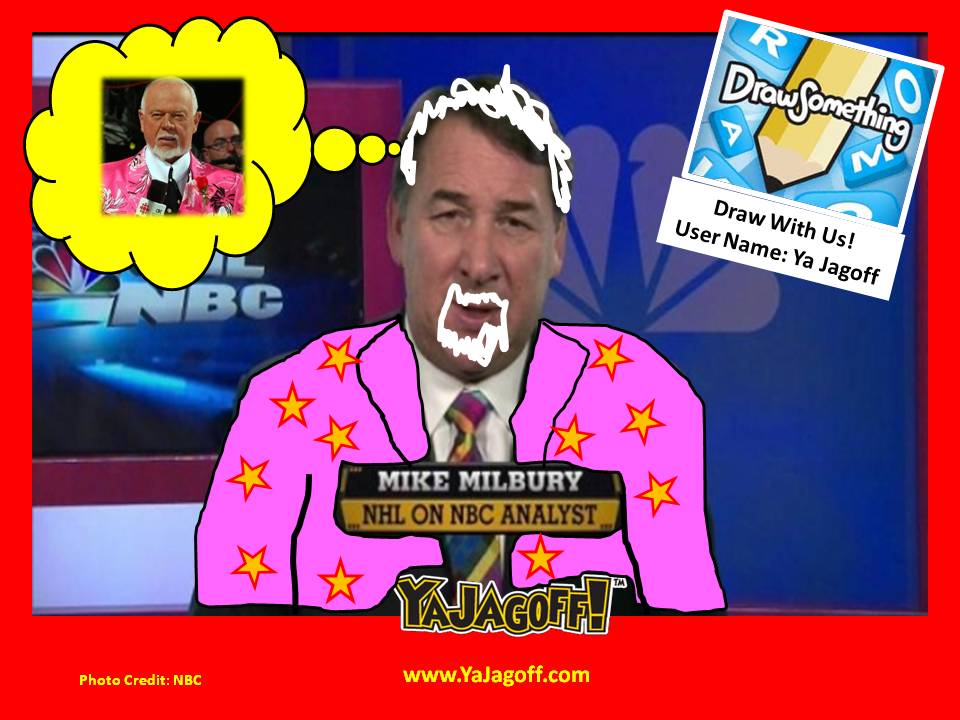 Do us a favor, please SHUT UP.. just SHUT UP during Pens games, YA JAGOFF!!