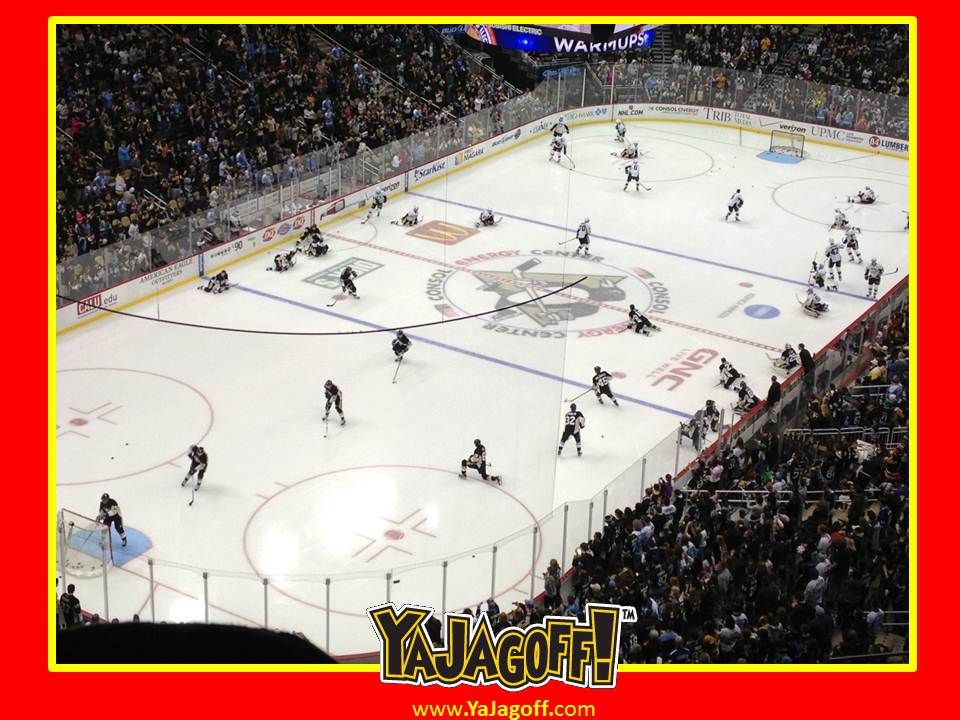 And we mean stayed like….. some lady who could afford game tickets but doesn’t know the difference between a hockey faceoff and taking her make-up off (taking her FACE off)…DID NOT get up in front of everyone during a critical play to leave in the middle of the third period just because she needed to get home to get her PJs on.

We mean stayed like…the REAL fans didn’t have to stretch their necks around Buffy and Biff in the 2nd period as they peck each other on alternating cheeks as they depart the game early because they didn’t want to stay for the entire “second half!“

So, the season gets going this weekend.  And to the players and owners… somehow you KNEW we would be here no matter how poorly you treated us and deprived us.

In the words of Pens announcer Mike Lang, “It’s a hockey night in Pittsburgh, Ya Jagoffs!”

(Ok, so we took the liberty with adding the Ya Jagoff part but GOD this feels good!!!)