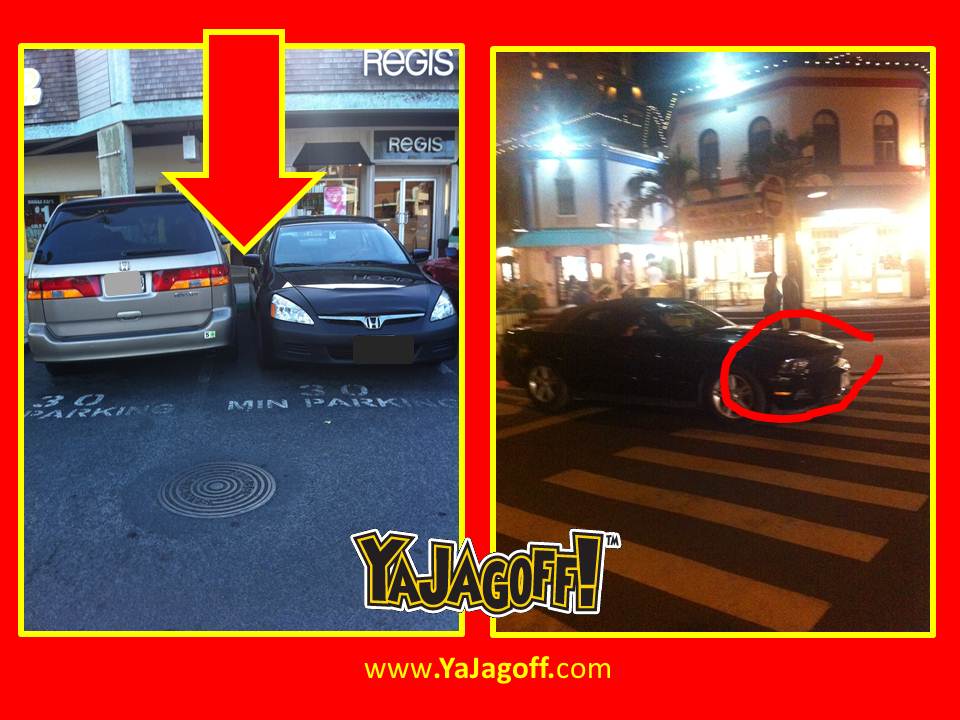 OK. So you’re probably tired of hearing about the Hawaii trip all last week and are on the verge of calling US jagoffs for the incessant gorgeous Hawaiian pics posted on Twitter and Facebook the past 8 days. So let’s just get it all out of the way today.

The above photo contains two classic cases of jagoffery we found in Ha-wa-ya but I will get to them shortly.

So I went to Honolulu to be a part of the Hawaii Social Media Summit 2012. Quite a few people know of our blog over there cuz Karen and Gwen from Wahine Media had talked about YaJagoff.com at last year’s summit. 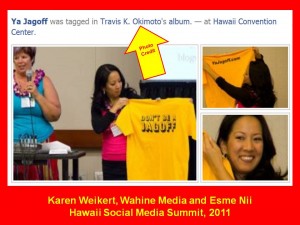 on which I participated along with Esme Infante Nii, Aya Nishihara, Gene Park, and Melissa Chang.

The whole thing became MORE awesome when, it was announced that I was from “Pittsburgh” and a bunch of the audience yelled, “STEELERS!”

As a little background, The Hawaii Social Media Summit attendees included business users, personal bloggers and a wide range of social media users…from people that have been on Facebook since Mark Zuckerberg had his first bout of acne to first time Twitter-ers that needed to learn the difference between a hashtag and a HASHBROWN! The summit was a blast!!!  All social media-ers should attend next year!

A few summary points from the Hawaii trip in general: 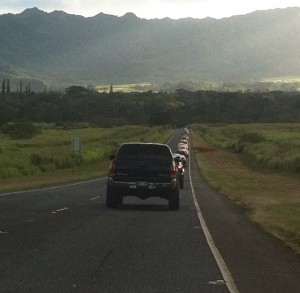 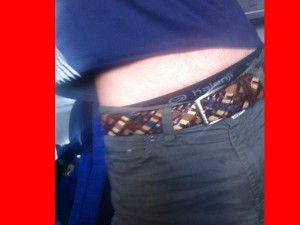 needs to SIT DOWN and stop poking through his bag in the overhead compartment right above my head and get his senior citizen belt buckle  and other associated equipment outta my face!!

And now to the jagoffery we found Hawaii. 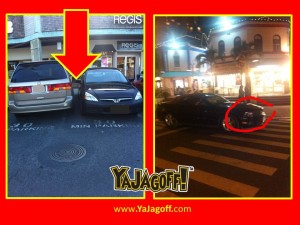 The photo on the left is a classic #PeterParker…..he/she just doesn’t seem to understand the concept of pulling BETWEEN the white lines.

And the photo on the right is a great catch. This guy had just pulled his solid black muscle-car rental out of the Alamo lot, and he sat at this intersection setting his GPS, rolling down the windows, crankin’ up the tunes and revving the engine. He just seemed to forget about the simple things like, um, let’s see….HEADLIGHTS!!!

So in closing… Hawaii was awesome, the people I met at the Hawaii Summit 2012 were even AWESOMER.  (Just made that a word!)

And to the Paradise #Peterparker, we’re hoping that the person from the car NEXT to you is wearing an all black outfit. Cuz they say “Black is slimming” and the person in the car is gonna have to be as slim as a Diamond Head Walking Stick to get in their car thanks to your parking, Ya Jagoff!!

And to the “Wannabe Dark NIGHT Rider” tourist, driving with no headlights, the first thing you might want to ask your SIRI or GPS to find is, your HEADLIGHT BUTTON, ya Lolo Buggah!!  (Hawaiian version of Jagoff.)

Don’t forget you can now follow our blog on Instagram thanks to the advice of Hawaii Social Media moguls, Rob Bertholf and Toby Tamaye.

And here’s our gang giving us a shout-out!!