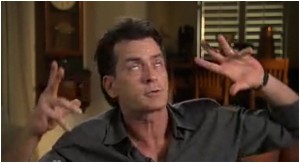 Ahhhhh GOTCHA!  I’ll bet ya think that Charlie Sheen should be called a Jagoff for all of his recent antics!  NOPE!!!

I know people go to hockey games to see fights.  I know people go to car races to see crashes and the MOST of the country watched all of the TV interviews with “radio voice vagrant” Ted Williams just WAITING for him to CRACK so they could say THEY SAW IT LIVE!

Well, the “Doctor-Drew-we’re-just-trying-to-help-bloodsucking-Make-money-at-all-costs-no-matter-what-Lets-get-ratings-and-shove-this-up-CBS’s-colon-It’s-a-GREAT-idea-to-give-LeBron-James-a-TV-special-so-he-can-announce-who-he’s-playing-KICKBALL-with-Media-Pimps” are catching the eye of THIS Jagoff-Catcher.

(Ok, so this one wasn’t all THAT funny so let’s go back to watching the Charlie Sheen YouTube videos cuz just like a car crash and exposed cleavage on a 90-year old woman at the laundromat, YA STILL HAVE TA LOOK!!  There REALLY ARE funny posts on this site, please peruse!)